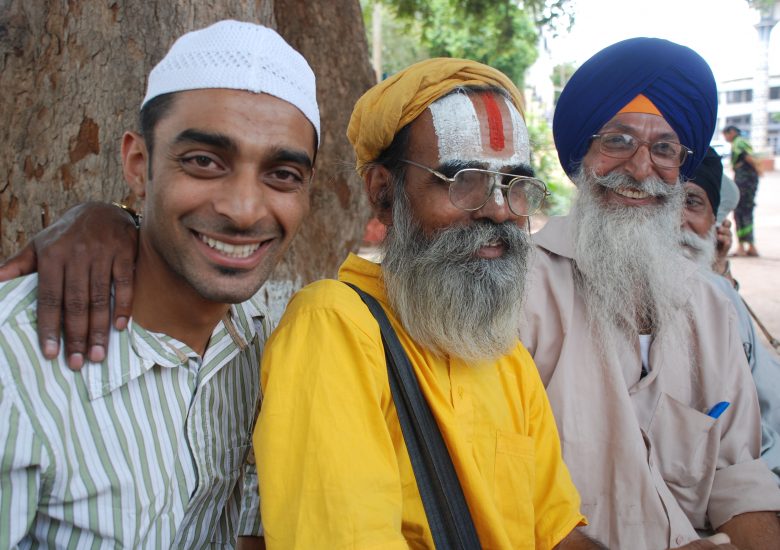 While India is often lauded as a land of unity in diversity, conflicts and polarisation in the name of religion are increasing and disrupting thousands of years of syncretic culture.

Today’s youth are being taught that religion is a political tool rather than a source of spiritual strength, belief and solace. That it is a site of intolerance and war, rather than one of understanding, empathy and peace. That one can and should hate people from other religions from a young age.

The pressures of ‘modernisation’ force them to consider religious belief as archaic and outdated, as not of the modern world. Young people are often forced to follow religions in extremely restrictive and blinkered ways, that impose rules regarding their behaviour, appearance, speech and ideas.

This results in youth being distanced and segregated from each other and from any real understanding of religious and spiritual belief and practice. With this misdirection, how can young people in society go forward to respect and make space for different kinds of faith, belief and religious/spiritual practice?

How can they learn how to co-exist with and love people whose religious practices are different from their own? How can they gain knowledge about the different forms of religion and spirituality that exist in their worlds?

At Samvada, we attempt to answer these questions and build programmes for young people to understand, own, respect  and cherish faiths of different kinds, so that they can carry pluralism as an ideal into the future.

Our Activities on Pluralism

Being young includes a sense of wonder about the meaning of life, faith, the existence of gods and the mystery of death. We engage with some of this in the Bahutva Notas. The workshop attempts to demystify and separate notions of religion and spirituality for young people, traversing diverse and overlapping religious paths while appreciating our rich cultural and spiritual heritage.

Students explore metaphysical questions about god, religion and spirituality in their own ways, meeting different priests and preachers, visiting places of worship. We ask questions on what is common to all our religions and how the message of peace can thrive despite inter-religious differences. In these senses, the bahutva nota gives young people an enlightening experience on peace and pluralism.

“
All our prejudices seemed unreal as we danced. What people really want is a feeling of well being, happiness, and togetherness, not the unnecessary conflicts of war or Mandir-Masjid. I felt guilty for the notions I carried earlier.
– Shivanna , Exposure Trip to Pakistan

The insights from the Bahutva workshops are deepened through travels and interactions with priests, devotees, non-believers, Sufi poets, victims of communal riots and peace activists.

We’ve conducted exposure trips for youth from disadvantaged communities, which gives them the opportunity to interact and engage with people they would not otherwise be allowed or able to.

Our students have traveled to the Mangalore belt in South Canara Region of Karnataka and to Gulbarga in North Karnataka. We’ve even gone as far as Pakistan!

Students of Samvada participated in the Kabir Project organised by Shrishti School of Art.