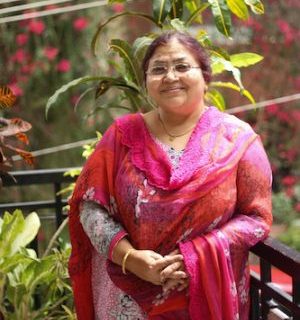 Ishrath Nisar has worn many hats in her long career, including that of a journalist, college lecturer, and costume designer for an award-winning movie! In Samvada since 2006, Ishrath now works with the Center for Wellness and Justice. She was the first Principal of Samvada Baduku Community College. From setting up child-friendly creches to mentoring young people, her journey with Samvada has been part of her commitments to harmony and social justice. Ishrat was the first Muslim woman journalist in a Kannada newspaper, setting an important precedent in Kannada journalism. She won the national award for costume designer for the movie Hasina, directed by Girish Kasarvalli. She serves on the boards of Aneka, an organisation that works with sexual minorities, and Munnade, an organisation of garment workers. Ishrath has a Masters degree in Kannada Literature.