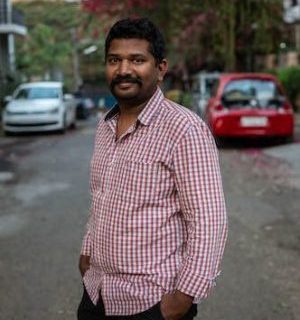 Murali’s relationship with Samvada began more than 20 years ago when he was a student at one of the Youth Resource Centers. Later as an employee, he has had many hats in the organisation, from being a librarian, Youth Mentor, Faculty at Baduku Community College to Principal at the College. An avid reader with a flair for poetry, Murali is deeply passionate about theatre. He has acted in and directed several plays including ‘Kodeyappana Kathaprasanga’, ‘Tingara Buddanna,’ and ‘Naagara Ganye’. He has also made several documentary films like ‘Harida Nenapugalu’, ‘Jala Jangama’ and ‘Nira Nadige’. With a Masters degree in Electronic media and Kannada Literature, Murali is also interested in exploring questions around politics of representation, identity, social structures and media through research. He has written several research papers on Kannada cinema and is currently pursuing a PhD on Representation of Marginalized Communities in Kannada Cinema at Hampi University.